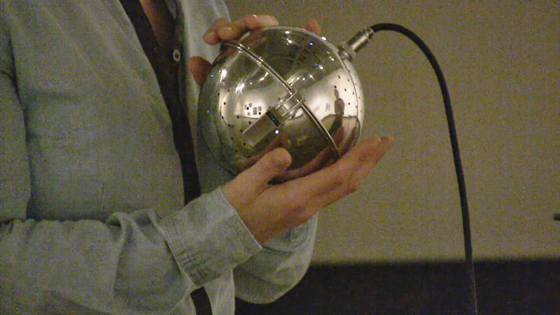 In collaboration with Eric Chenaux

A soundwork developed in collaboration with musician Eric Chenaux and used in both Soundball (guitar amps) and Soundball (crate amp). The soundwork deconstructs the rhythm and melody relationship of traditional dance music (jigs, reels, slipjigs or hornpipes to use examples from Irish, Scottish and English traditional music) wherein the musician uses his/her beating foot to ground the often sinuous or meandering melody as a rhythmic aid for the dancer. Here the performance/recording of both the foot beat (Hlady) and the bowed guitar (Chenaux) have been made independently. Each sound is now in its own ball ready to be played, separately or in unison.